When I first arrived in London I caught up with a friend from back home and he suggested that we go to a pub for dinner as we had quite a few months of catching up to do. We ended up checking out one of the two larger chains of pubs in London – the one we ended up going to was a William Morris.

As we were planning to spend a while in the pub catching up I ended up ordering a pitcher of a cocktail to try out and settled on the ‘Woo Woo’ (£9.69) which contained ‘Archers peach schnapps, Smirnoff vodka, cranberry juice’ and was a very easy to drink cocktail.

For dinner I ordered the chicken and bacon pasta (£6.79). The pasta was as expected for the price – a little over cooked, flavours were a little lacking but overall it was edible and did the job of being food for dinner.

While the meal did nothing to inspire me for the price I could not complain and the drinks were very cheap too. I would probably head back again but only for the prices and with good company. 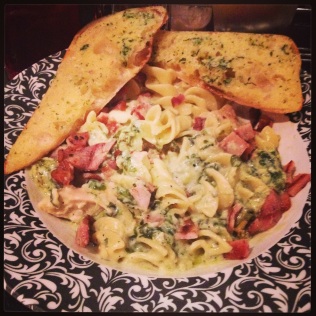 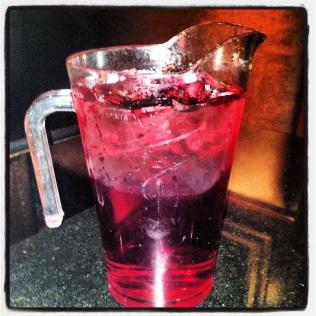